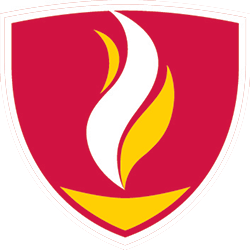 Does disparity in educational material contributing to melanoma mortality?

The lack of diversity in the medical fraternity among physicians and educators is quite notable across America, but even more notable is the lack of diversity within the educational material being used to educate medical professionals. In a medical school in an urban setting where African Americans and Hispanic population predominates, it was noticeable that the educational material, both textbooks and lecture slides, were not representative of the population that the school serves. Even in a school that has a demonstrated track record for committing to community service. The school is most recognized for encouraging its student to engage in community activities that promotes the wellbeing of the population it serves. This institution also demonstrates it’s commitment to community service by requiring their medical student be active in direct patient care at their student operated community clinic as early as their first year of medical school. However, as will be presented in this pilot study, exposure to patients without proper educational exposure does not guarantee the best outcome for the patients.

Cutaneous melanoma is the most commonly fatal cancer among all the cancers affecting the skin. This highly fatal skin cancer is also increasing in incidence more than other forms of cancer that are of a preventable nature. The current SEERS data trend ranks melanoma of the skin as 6th in incidence and 6th in death in 2016. In 1990 the worldwide age-adjusted incidence of melanoma in men and women were 2.3 and 2.2 per 100,000 people respectively. Between 2009 and 2013 the incidence had increased significantly to 21.8 men and women per 100,000 people according to the SEERS database. In 2016 the SEERS database estimates the number of new cases of melanoma to be 76,380 representing 4.5% of all new cases of cancer in the United States. The estimated death rate from melanoma in 2016 is set at 10,130 cases, representing 1.7% of death by cancer.